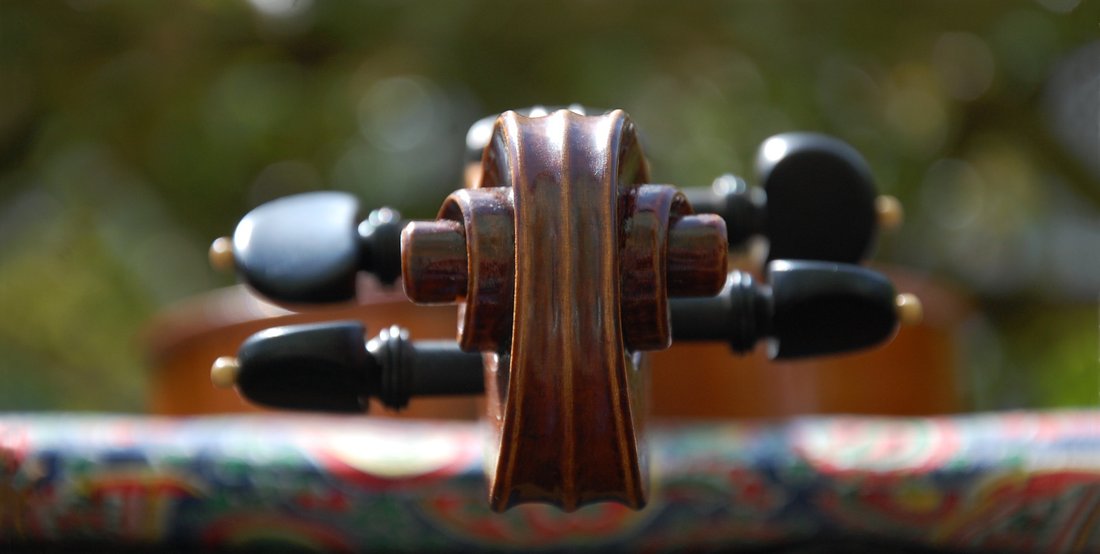 In early 2018 we enthusiastically made up a plan in our violin maker group “Friends and Colleagues of Fertans” 1 :

each one of us would build an individual violin on the basis of the same outline. This outline would be the “FCF model”. We agreed that we would share all our personal reflections and experiences while we worked on our version of this model;

For this purpose, Francois Denis2 drew and sent us a model of Classical proportions: his outline indicated the main contours, but each one of us could add the corners, the purfling, the ribs, the arches, and the scroll in our personal style to create an individual masterpiece.

The violin pictured here was made by Susanne in early 2020 on the basis of the FCF form: 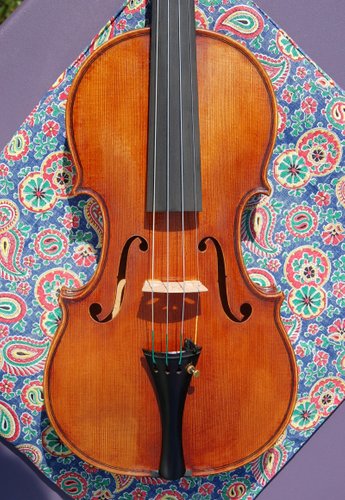 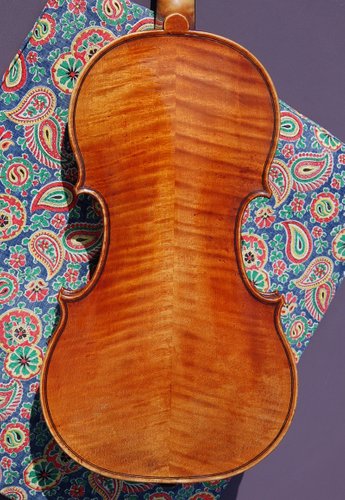 In 2018, this FCF form was milled in 20 exact copies and sent out to the FCF members. All participating violin makers really felt inspired by this classic-looking form, even though each one of us made something different out of it. In May 2019 we congregated once more in Fertans and marvelled at 18 different violins that shared a certain family resemblance.

François Denis is also a member of our group, and we kept on pestering him until he finally revealed the origin of the FCF model: it was made by reverse-engineering the “MS1062” template, an old Classical inner form from the 1600s, housed today in the Stradivarius Museum in Cremona; it is not signed, but attributed to the Amati workshop.

François had been allowed to inspect and CT-scan this form; after that he reverse-engineered the underlying proportions and compass arcs to draw this template for us. Thus, the form had lain dormant, and in a way we were the first violin makers to use the form for the first time in over three centuries! Even if the form points to Amati, most of the violins we made on this template were more reminiscent of Ruggieri, Guarneri, and early Stradivarius.

Here you can read François’s report about how he found and conceived his form: 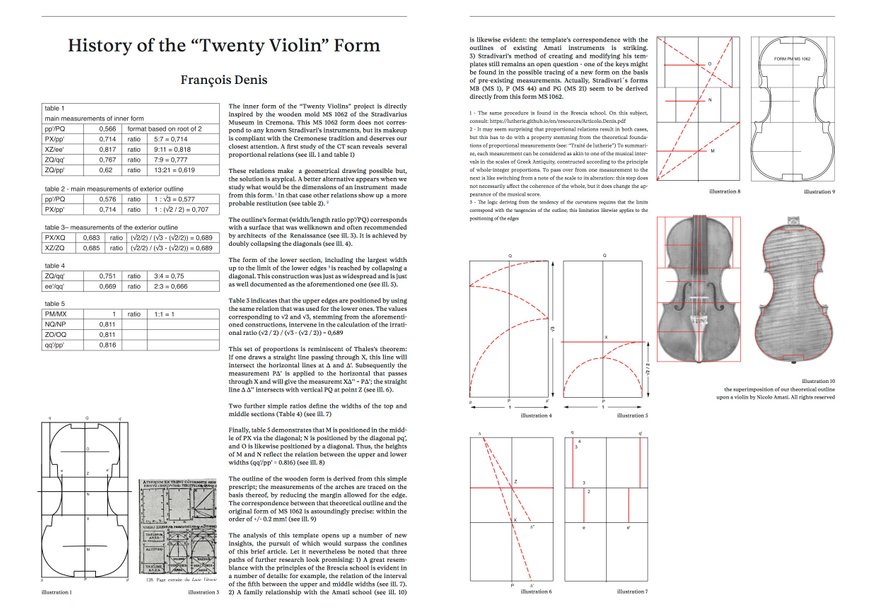 All participating violins were presented and played in a public exhibit at Vienna University of Music (mdw) in December 2019; they were then taken to a PopUpShop at the Alpenmilchzentrale in the same city for professional violinists to try out.

Since the acoustics department in Vienna has shown great interest in our experiment, all eighteen instruments were taken to the institute’s anechoic chamber for acoustic measurements. We extend our heartfelt thanks to Prof. Winfried Kausel, who launched the initiative, and are curious to see what he finds out!

For all colleagues who are interested in the MS-1062 form, here is François Denis’ complete article on GoogleDrive. 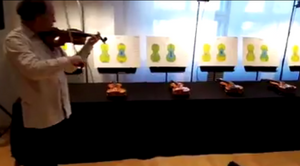 1) Fertans is a remote village in the French Jura mountains, where Bernard Michaud runs a sawmill for tonewood and a workshop. See → The Fertans meeting

2) François Denis is a violin maker in Angers (France) and the author of the book “Traité de lutherie”, a groundbreaking treatise on classical violin outlines.